On Friday, May 27, National Geographic Channel will air the debut of the film Gerald R. Ford: A Test of Character. The legacy of President Ford's character is one that is especially important as we head into the 2016 election cycle and we hope you'll take the time to sit down with your family and watch this special documentary. The film’s executive producer is former U.S. Ambassador to Italy, Peter Secchia. The details can be found in the graphic below. 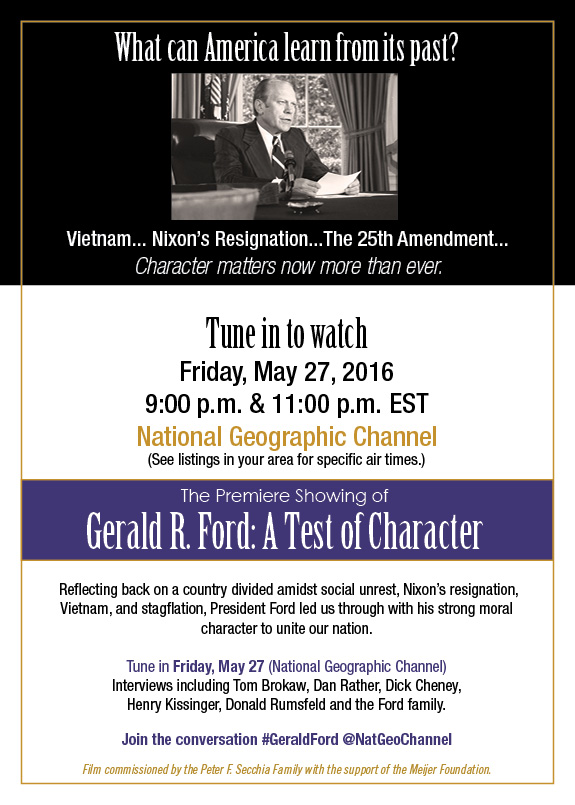